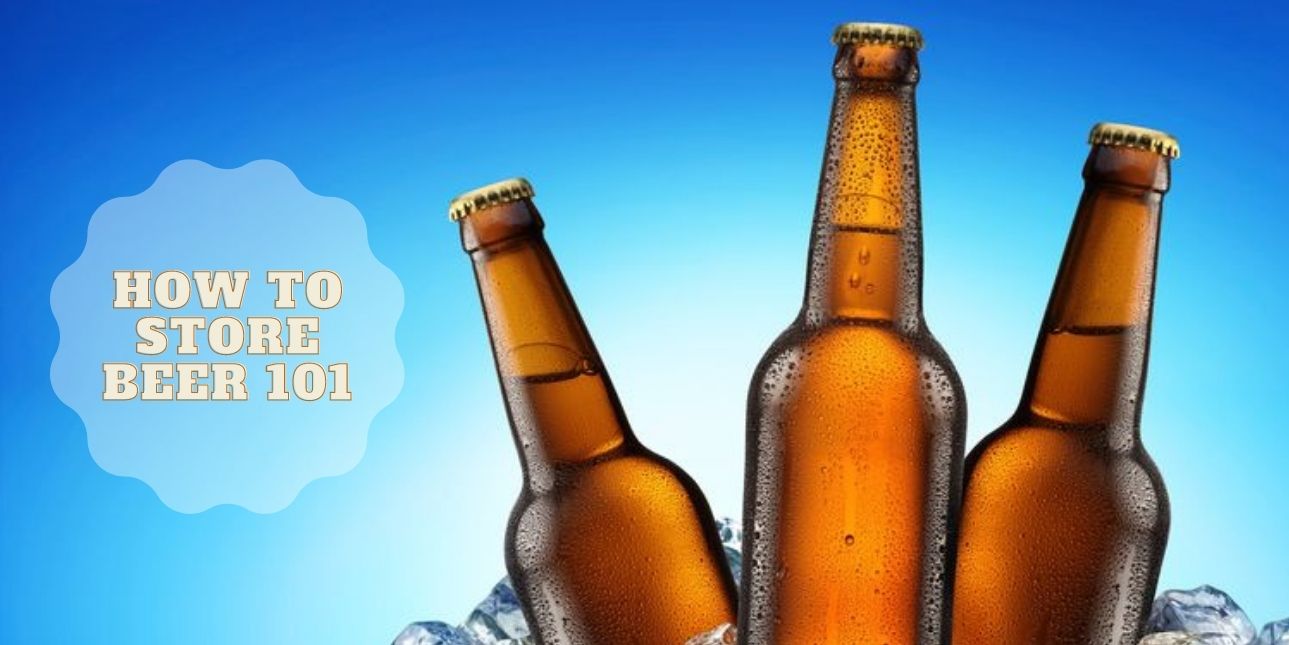 All beer aficionados can agree on one thing — nothing beats cracking open and downing a bottle of perfectly chilled beer on a hot summer afternoon. It instantly cools the senses and makes you want to purchase multiple crates, so you can always have it at arm’s reach. If you do, though, how will you store it? Here’s a comprehensive guide on how to store beer.

How Long Does Beer Last?

Knowing how long beer lasts makes storage easier. How long it lasts depends on:
•    Whether it’s Pasteurized or Unpasteurized: At its core, pasteurized beer is dead, since all the active ingredients are partially sterilized to extend the shelf life. It can last from 6 to 9 months. However, it’s best consumed immediately, or properly stored in cold conditions – otherwise, the flavor starts to go stale. Unpasteurized beer, on the other hand, contains active ingredients. It tastes better than pasteurized but has a shorter shelf life. Most pasteurized beers last three months.
•    Type of Beer: Stronger beers have a longer shelf life because of their high alcohol content. Wild beers last longer, because they’re fermented using a traditional yeast and microbes such as lactobacillus. Such types of beers get better with age and are preferred options in beer cellaring.
•    How It’s Stored: As noted, some types of beer simply last longer. However, with proper storage during the aging process in beer cellaring, most types can last up to nine months.
•    Packaging: Canned beers last longer than bottled beers or kegs, because cans offer protection against light and oxygen exposure — two of the main elements that cause beer to go bad. 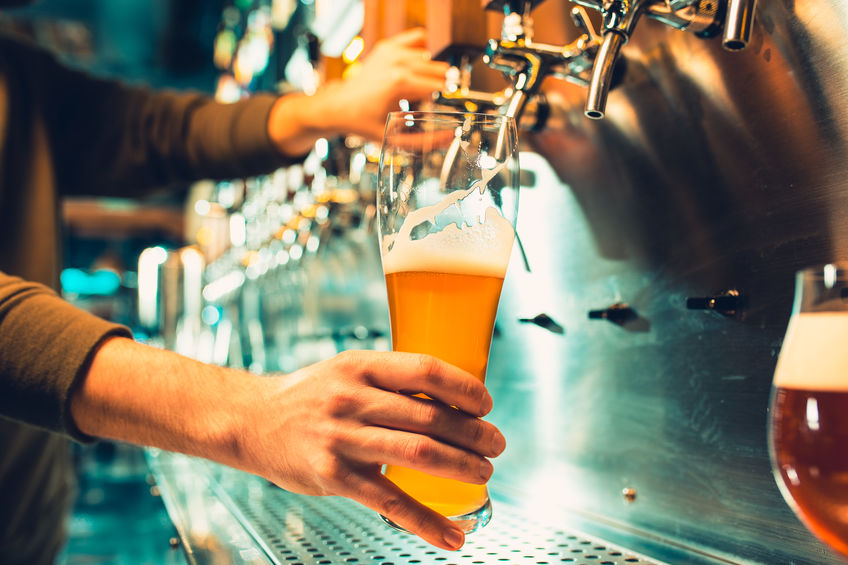 How to Store Beer

As with any other organic substance, beer loses its aroma and eventually goes bad. But if stored well, in some cases it can last up to three years. That said, here’s how to store beer:

Keep it in the Dark

Hops are highly photosensitive. Because of this, nothing kills a bottle of beer faster than direct natural light. It reacts with the chemical compounds in hops, breaking down the aroma and flavor compounds, consequently turning your beer into a tasteless and unappetizing drink. In some instances, even indirect or artificial light can also catalyze the staling process.

That is why most brewers package beer in darker bottles, and sellers store their beer in specialized beer refrigeration equipment such as back bar coolers. The darker your beer storage space, the better, especially if it’s packaged in clear bottles.

Cold beer is great. However, extremely low temperatures such freezer temperatures may cause your beer to explode due to all the pressure trapped inside. If it doesn’t explode, then it may have an unpleasant taste, because all the water in it will freeze before the alcohol. The optimal beer storage temperature is between 50 to 55 degrees Fahrenheit.

In addition to freezing, prolonged exposure to high temperatures can also cause your six-pack of beer to go bad. Heat causes yeast to multiply rapidly, resulting in musty flavors that make your drink acrid. In unpasteurized beer, heat may even provide ambient conditions for bacteria to thrive.

Laying beer bottles on their sides exposes more beer to oxygen, while keeping them upright reduces the surface area for oxidation. So, unless your beer is cocked, always leave the bottle upright when storing beer so it lasts longer.

As the third most consumed drink globally, beer generates quite a lot of opinions. These opinions spread and eventually breed beer myths that refuse to go away. To give you a heads-up on what you’ll hear when you need to store your six-pack, here are three beer storage myths busted:
1.    Bottled beer is superior to canned beer: On the contrary, cans are better. They offer beer better UV protection and reduced exposure to oxygen
2.    Beer should be stored at the same temperature it was bought: The longer your six-pack stays cold, the better
3.    Beer can’t freeze: Although it takes longer than water, beer does freeze – and when it does, it might explode. Leave it in the refrigerator instead. 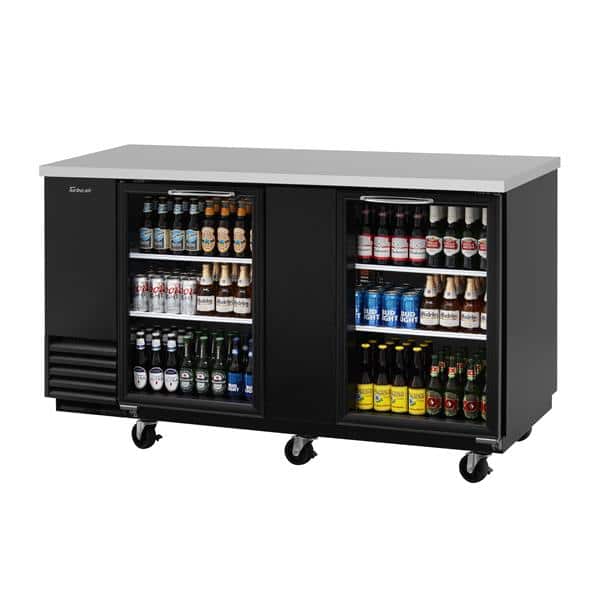 How Long Does Beer Last in the Fridge?

Now that you know the optimal storage conditions, does beer need to be refrigerated – and if yes, how long will it last? Well, while you can always store it at room temperature, beer tastes the best when refrigerated. That’s because:
•    Refrigerated beer lasts longer: With proper refrigeration equipment like commercial bar dispensers, beer can last up to two years. These refrigeration units feature optimal beer storage temperatures, and just the right darkness level to keep your beer fresher for longer
•    Refrigerators have a consistent temperature: Even though beer can survive in room temperatures, the constant temperature fluctuations will cause it to go bad.  With beer refrigeration equipment, once you adjust the thermostat, the temperature remains the same.

How to Tell if Beer has Gone Bad

If you had a crate of beer sitting under your kitchen sink for a week before you read this, here’s how to tell if it has gone bad:

An expiration date is the easiest way to determine whether to stash your six-packs in a back bar cooler, or to throw them away. Brewers often print the date as “best before” or “enjoy before” on the beer bottle or can.  Note, however, that with proper beer storage, your beer can last beyond the indicated date.

Check the Taste or Color

Oxidation in pale beers causes the beer to look darker than usual. For beers with high hop content such as IPAs, oxidation causes them to take on a brownish or purple hue. With malt and hop-based beers, the only indication may be the stale flavor. If you notice discoloration or if your beer tastes stale, it’s time to throw it away.

While everything goes bad eventually, that doesn’t have to be the case with the crates of leftover beers from your birthday barbeque, because you now know how to store beer properly. Consider investing in high quality beer refrigeration equipment to keep your favorite drink fresher for longer. 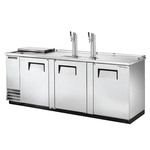 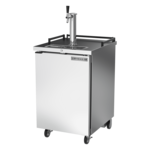