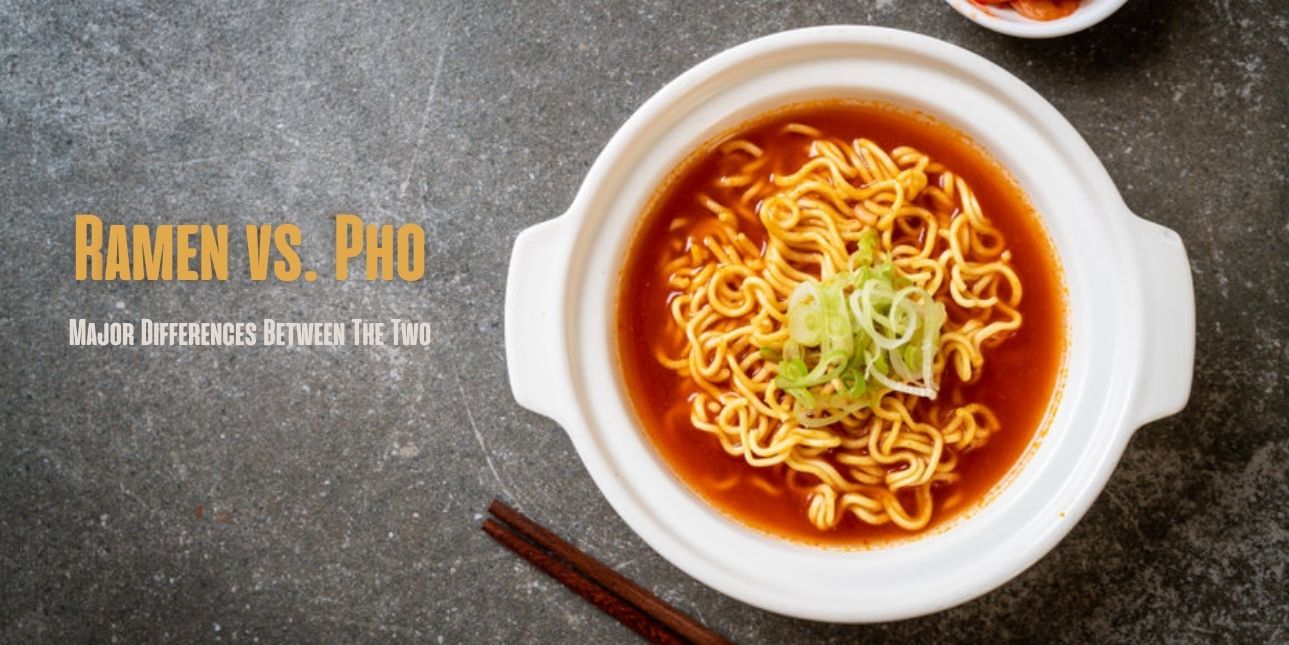 Pho (pronounced as “fuh”) is a Vietnamese soup. Pho is made from rice noodles, broth, and sliced meat. You can also prepare pho with sliced chicken, but meat-based pho is more popular across the world. Pho is mostly accompanied by herbs, lime, and bean sprouts.

The Origin of Pho

Pho gained popularity in the late 19th century. Pho, originally derived from the Mongolian hot pot, was introduced in Vietnam by Chinese workers from the Yunnan province. It gained popularity during the French colonization of Vietnam. There was a significant surge in beef consumption, and markets were flooded with leftover bones and tough cuts of meat. Vietnamese street food vendors used these byproducts to make pho. Pho was initially meant for Chinese and Vietnamese farm laborers and sold during dusk or dawn. Roaming street food vendors carried a pole with wooden cabinets, cauldrons, and storage units. The cauldron was used over a wood fire, and other wooden cabinets stored noodles, spices, or cookware.

After the Vietnam war, pho became a global dish when refugees and soldiers took the recipe and used it across the world. In the late 1970s and early 1980s, restaurants specializing in Pho and Vietnamese dishes became popular across the United States. Currently, there is a resurgence in demand for pho, and it can be found in major restaurants across cities and college campuses countrywide.

The Different Types of Pho

There are various types of pho available in the market. The most common types of pho include pho bo or beef pho, pho ga or chicken pho, and vegetarian pho or pho chay. Additionally, you can also find pork or shrimp pho.

What is Pho Tai?

Pho tai is a type of beef noodle soup. Pho tai is made from sliced rare tenderloin or ribeye, which makes it rich in flavor. Pho tai is mostly served with herbs, vegetables like sprouts, onion, mint, cilantro, jalapeno, basil, and lime. Pho tai is cooked slowly to make the broth thicker. You can simmer your bone broth for 5 to 8 hours, depending upon your needs.

With commercial refrigeration equipment, you can prepare pho tai in bulk and refrigerate it for future consumption.

Ramen is a popular Japanese dish that originated in China but became a staple food in Japan. Ramen has deeply influenced Japanese cuisine. Ramen is primarily a noodle dish that is made from rich bone broth, wheat noodles, and sliced pork. Most common types of broth include ‘Miso’, ‘Shio or salt’, ‘Shoyu or soy sauce, and ‘Tonkotsu or pork bone’. Ramen is mostly made from curled noodles.

The Origin of Ramen

Similar to pho, ramen was initially brought to Japan by Chinese immigrants. Chinese immigrants operated noodle stalls across Japanese cities where they sold dumplings and ramen. The word ‘Ramen’ is derived from ‘lamian’, a Chinese noodle dish.

The popularity of ramen increased significantly after Momofuku Ando introduced instant ramen. Instant ramen can be prepared by adding hot water. Instant ramen has become a popular dish across the globe because of the hassle-free preparation process. By the 1980s, ramen became a Japanese cultural icon, and Japanese restaurants added various types of ramen to their food menus. Traditional Japanese ramen is still made from fresh meat, vegetables, and noodles.

The Different Types of Ramen Broth

The broth of Ramen noodles needs time to achieve its flavor. Pork chops or chicken is simmered, which breaks the collagen in the skin and joints. It creates a full-bodied bone broth that is unmatched in terms of flavor. The primary base of ramen is made from pork or chicken bones. It is then flavored with various types of seasoning. Ramen is highly alluring to customers as they can customize their dish with a broth of their choice. Here is a list of ramen broths you can serve your patrons:

What Are The Differences Between Pho And Ramen? 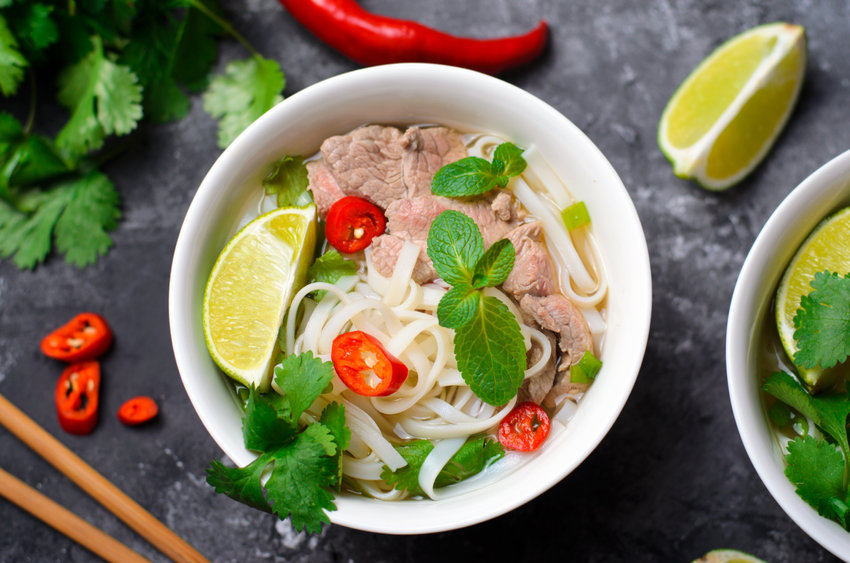 The primary difference between ramen and pho can be determined by the texture or color of the broth. Pho has a light and translucent textured broth. On the other hand, ramen has Kansui, which is alkaline water that gives ramen a firm texture. The ramen broth is thicker and heavier than pho broth. The meat slices in pho are sliced thinly, whereas ramen meat has thicker slices. Eggs are a key ingredient in ramen noodles, but eggs are not used in pho.

Another primary difference between pho and ramen is that pho noodles are made from rice flour, while ramen noodles are made from wheat flour. Ramen toppings include sliced pork, boiled eggs, scallion, and seaweed. Pho toppings include fresh herbs and vegetables, and even chopped pork, chopped beef, or chopped chicken are used as pho toppings. Both ramen and pho have distinct flavors. Pho has lime, fish sauce, chili sauce, or fresh chili-induced flavor. At the same time, the flavor of ramen noodles is determined by soy sauce, salt, and miso.

Pho vs. Ramen: Differences In Preparation

Pho is made from fewer ingredients than ramen. Pho tastes lighter and fresher than ramen.

Pho is mostly made with a chicken or beef broth, along with onion, ginger, cardamom, coriander seed, cinnamon, clove, and fennel seed. To cook pho, the meat is first sliced, then the broth is made with charred onion, ginger, salt, and other ingredients. The noodles are then cooked and excess water is drained with a strainer. Finally, the noodles are placed in a serving bowl, topped with meat or chicken, and finally, the hot broth is poured into the serving bowl. The pho is then garnished with various ingredients.

Ramen noodles are cooked by heating the noodles in hot boiling water. The noodles are soaked until they become soft. Meanwhile, when the ramen is being soaked, the meat is mixed with garlic, soy sauce, black pepper, salt, and garlic. After the broth is prepared, it is poured over the noodles. Additionally, ramen is served with eggs, which can also be prepared separately.

Though Ramen and Pho find their origin in different histories, their identities are similar and their varieties innumerable. Now homages to the rich flavor palettes of their respective countries and their millennia-old cultures, their global demand remains unrivaled. Both dishes are easy to prepare, nutritious, and excellent for either a rainy evening’s filling meal or a weekend takeout. Why choose one when you can enjoy both? Make it a Ramen and Pho night!