Bacon is a universal favorite. So beloved is the pork delicacy that most North American households enjoy bacon at all times, with over half of them consuming bacon in at least one meal per day.  But how long does bacon last in the fridge? Both consumers and businesses need to know the answer to this question to avoid consuming decaying food. Most bacon comes packaged these days and is found with a “sell by” date instead of an expiration date. You may wonder,  how long is bacon good after opening the packaging? The incorrect storage of bacon can end up leaving you with rotten meat that can contaminate other stored items in your fridge. Bacon lasts for seven days after its sell date. However, other factors determine bacon’s shelf life as well. We discuss how long bacon can stay in the fridge, how to tell if bacon is bad, and also delve into tips to help you store bacon for longer periods.

Where Does Bacon Come From?

Bacon comes from pigs, and meat that comes from pigs is also referred to as pork. There also exist other varieties of bacon that come from bovine animals, called beef bacon. The pig meat is first sectioned into various parts like the loin, belly, shoulder, legs, and ribs. The belly is removed after the ribs have been excised and harvested. Bacon requires a flat texture and shape, which is found naturally in the belly portion of pork meat. To help bacon last longer, the manufacturer cures bacon. This can help extend their shelf life. Following the curing process, packagers also smoke the cured bacon to help it last even longer. Ideally, the packages are then sold by the sell-by date, following which you can store bacon in either a commercial refrigerator or freezer.

How Long is Bacon Good in the Fridge?

‘How long does bacon last in the fridge?’ is a very common question and one whose answer is influenced by multiple factors. The nature of bacon, where it is sourced from, its process of curing & smoking, and the method of storage have a major influence on how long bacon lasts in the fridge. Though some experts opine that both unopened and opened packages of uncooked bacon last the same duration in the fridge, it is observed that an unopened package lasts two weeks, while an opened package lasts no longer than one. Freezing the bacon while unopened and within the package can allow you to store it for over 8 months, whereas an opened bacon package can remain consumable for up to 6 months when frozen. 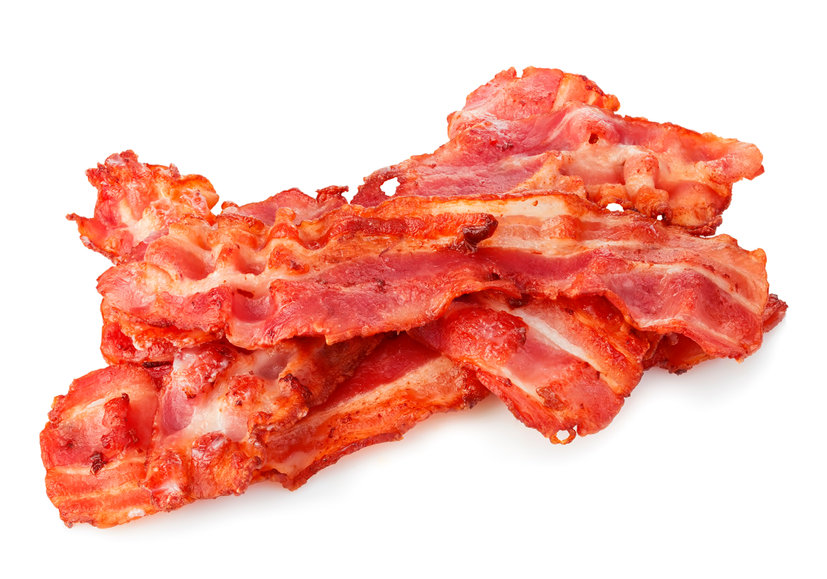 How to Tell if Bacon is Bad

Now that you know how long bacon can last in the fridge, it’s important to understand how to tell if bacon is bad. Not only does this help you prevent cross-contamination between different meats in your fridge, but it also prevents food poisoning. Pork, being an animal product made of protein and fat, is just as prone to rotting and decay as other meats. Fresh bacon is soft, pink, and has a meaty smell to it. Bacon that’s going bad can be spotted by the following pointers:

The key to making bacon stay fresh for longer periods is by storing it the right way. To help you address all your bacon woes, appropriate storage is key. Here are some ways to keep bacon fresh in the refrigerator or freezer:

If you have cooked bacon and are wondering how long is bacon good in the fridge, make sure to store it the right way to prevent premature spoilage:

If you’re consistently plagued by worries about how long bacon will last in the fridge, the answer is mindful purchase and efficient storage. For household consumers and food business owners alike, how to tell if bacon is bad is integral to consuming and serving safe food. Be sure to keep in mind all the factors that determine the shelf life of bacon and the storage principles to avoid taking losses.