what is beef carpaccio 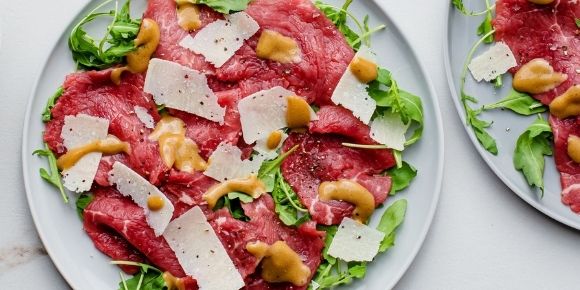 Beef, Tuna, and Salmon Carpaccio: How to Make the Best Dish Explained

Italian restauranteur, Giuseppe Cipriani, opened a bar and restaurant in Venice, Italy, named Harry’s in 1950. Upon opening his popular establishment, Cipriani developed both the famed drink bellini and the appetizer he called carpaccio. The dish was favored among patrons and often sold out nightly.

It is said that Capriani invented the famed dish after a guest at Harry’s Bar requested a plate of raw meat and was served carpaccio.